There is a strong influence of France and of French literature on George Reynolds’s literary output. The obvious example is Reynolds’s The Mysteries of London (1844-48), one precedent for which is Eugène Sue’s Les Mystères de Paris (1842-43). There is also his breakthrough work, Pickwick Abroad (1837-38), which sees a counterfeit Mr. Pickwick trying frogs’ legs and mixing with republicans, and which therefore owes as much to France (or to French stereotypes) as it does to ‘Boz’.

This strain of Francophilia in Reynolds’s oeuvre must surely be rooted in the period he spent living in Paris, having moved to France in 1830, the year of its ‘July Revolution’. In later years, Reynolds would play up his time as an English radical in Paris (for example, claiming to have been in a unit of the National Guard) perhaps aspiring to be a Thomas Paine for the mid-nineteenth century. However, while Paine had imperilled himself in the political intrigues of the First Republic, the young Reynolds seemed to spend his years under the July Monarchy largely indebting himself to his many creditors and making bad investments, and he ultimately returned to England bankrupt in 1836, thereafter commencing his literary career in earnest. 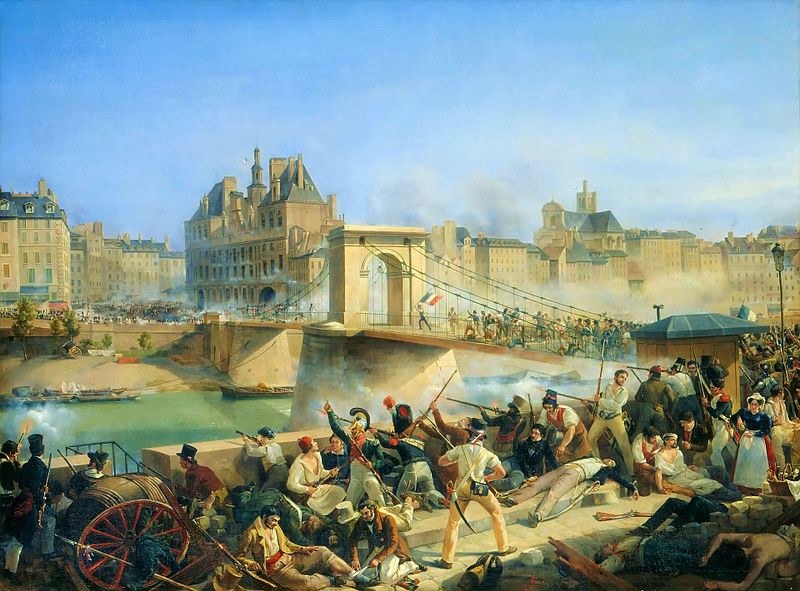 Reynolds’s The Modern Literature of France (1839) is an exemplary product of his Francophilia, while simultaneously representing a rare example of literary criticism in a writer more usually associated with serial fiction and radical journalism. Never a man of modest ambitions, Reynolds tasks himself, in two volumes, to introduce the contemporary French literary scene to an English readership, and, more importantly, to cast it both aesthetically and politically in a positive light. In so doing, Reynolds offers up some insights of his own with regard to the relationship between art and politics, and we gain an impression of the guiding principles of his later works.

He opens his exposition of French literature in characteristically bombastic style:

Prejudice, which a celebrated political writer very happily denominated “the spider of the mind,” has done much to depreciate the value of foreign systems and institutions in the minds of the English. Hence is it that we daily hear even men of most liberal opinions expressing sentiments anything but impartial and just in reference to the French. This is the more to be regretted, inasmuch as it is only by comparison, emulation, and research, than we can perfect or improve any system of laws, morals, literature, science, or arts. But when we find the leading journals and periodicals of the English press still leaguing together against the French, with all the bitterness and hate which characterized the sentiments of the nation in those times when Napoleon rolled his war-chariot from the gates of Madrid to the palace of the Kremlin, and when our armies and household troops were called forth to protect the coasts against the menaced invasion of the imperial hero, – we feel our regret at such injustice comingled with a sentiment of pity, or indeed of contempt, for the narrow-mindedness of our fellow-countrymen. (The Modern Literature of France, Vol. 1, pp. i-ii).

Reynolds contends that an English antipathy to French culture is derived from centuries-old Anglo-French rivalry, subdued very lately following the defeat of Napoleon – who is described here in rather ambivalent terms. But, beneath international enmity, The Modern Literature of France is also a product of a similarly acrimonious interpersonal relationship: the book in the most part represents a response to an 1836 article in the Quarterly Review, one to which Reynolds refers in his preface as an ‘assault on the literature and morals of the French [which] was disgraceful in the extreme.’

Sara James, in her chapter on Reynolds’s relationship with France, in G.W.M. Reynolds: Nineteenth-century Fiction, Politics, and the Press (2008) identifies the perpetrator of what Reynolds describes as the ‘most desperate attack ever made upon a foreign nation by the pen’ as one John Wilson Croker (1780-1857) whom, James writes, ‘saw fiction as an index of revolutionary feeling and considered novels to be both the cause and consequence of a spirit that threatened the whole fabric of European society.’[1] If Reynolds was tentatively styling himself as Thomas Paine reincarnate, he had set himself up against Croker as a latter-day Edmund Burke. In fairness, there is more than a passing resemblance between the two: like Burke, Croker was an Irish MP (the two apparently had family connections) but, where Burke merely reflected on the French Revolution of 1789, Croker had established himself as the UK’s foremost conservative expert on France and its various regime changes. His principal thesis was, in all cases, David Morphet writes in an article on Croker’s writings, that ‘revolution is coterminous with popular tyranny, and leads inexorably to autocracy and despotic tyranny.’[2]

In the offending Quarterly Review article, Croker, in order to equate the comparatively nugatory offenses of the 1830 Revolution to the infamy of ‘The Terror’ of 1792-94, exaggerates the political influence of post-1830 French literature, writing that ‘such publications pervert not only private but public morals – they deprave not only individuals but nations.’[3] Croker’s thesis that literature might exert a dangerous power over the individual – and perhaps even threaten society at large – is not new, and nor are its critics, but Reynolds makes a good go a rebutting it here: ‘because we read in French Novels of intrigues, adulteries, and murders, do they exist the more in France than in England on that account?’ he scoffs (Vol. 1, p. vi).

But Reynolds’s antipathy toward Croker is less important than the enthusiasm he shows for French literature, in which we can see the seeds of his later works. This is less a vindication of French literature, and more a compendium of literary qualities of which Reynolds approves and will himself later adopt. Briefly surveying a few of the bigger names: George Sand manages to ‘astonish and strike mankind at once with the boldness and novelty of her speculations and opinions’ (Vol. 1, p. 2); Honoré de Balzac is lauded for ‘[weaving] a complicated web of interest,’ and ‘[retaining] us in its toils’ (Vol. 1, p. 37); Eugène Sue ‘is as much at home in the pathetic and sentimental as he is conversant with the wild, the gay, the satirical, and the animated’ (Vol. 1., p. 81); Victor Hugo, ‘like the bee vacillating from flower to flower’, is championed for his creative range (Vol. 2, p. 5); and Alexis de Tocqueville’s works testify that ‘when Aristocracy is judged by its own merits, […] its total inefficiency is clearly demonstrated’ (Vol. 2, p. 139) – this judgement presumably does not include the aristocratic de Tocqueville himself... In almost all cases, Reynolds stresses his subjects’ versatility and frankness.

In this light, The Modern Literature of France reads more like a manifesto than an introductory anthology, a programme that spells out how Reynolds himself intends to intervene in Victorian literature:

The literature of France, previous to the Revolution of 1830, resembled that of England at the present day; inasmuch as moral lessons were taught through the medium of almost impossible fictions. Now the French author paints the truth in all its nudity; and this development of the secrets of nature shocks the English reader, because he is not as yet accustomed to so novel a style. (Vol. 1, p. xvii).

Despite his dismissal of Croker’s arguments, upon reading the above we see that Croker and Reynolds really shared a rather similar view of literature: that aesthetically radical, or even shocking, literary content reflects a radical political agenda. The Modern Literature of France is not only a testament to Reynolds’s Francophilia, the book and its provenance give us a sense of Anglo-French relations in the years following Waterloo – but long before the Entente cordiale was a foregone conclusion. Moreover, it offers an understanding of the instrumental power attributed to literary works during this period: when a nation’s literature was held both to reveal and inform its moral stature as well as its revolutionary potential.