I suspect that even Reynolds—that indefatigable writer, editor, publisher, and advocate of the people—would have balked at my to-do list in March 2020:

In the wake of that hideous month, I managed to finish my PhD and move across the United States for my new teaching job (in that regard I’m very lucky!). But I have yet to wrap my head around the immensity of my personal grief and our collective trauma.

Like many people, I have taken solace in literature. But it is a much smaller group of us who find solace in the works of George W. M. Reynolds. Grief-stricken, disoriented, and exhausted, I re-read The Mysteries of London knowing it would offer three straightforward tenets: the good guys are good, the bad guys are bad, and good would win in the end. These qualities are generally not “selling points” to potential readers today. My students have rolled their eyes at Richard Markham’s impossible patience and charity, while disclaiming Eugene Markham (alias George Montague Greenwood) as a “flat character” whose psychological depth pales in comparison to beloved twenty-first century villains, such as Breaking Bad’s Walter White or Money Heist’s “Berlin.”

But at a time when government and medical institutions were incapable of providing consistent health and safety guidelines and I was reeling from the cruel injustice of my 55-year-old mother’s death, the binary nature of Reynolds’s narrative was soothing. His signposting, once rather annoying, now felt like a sturdy lifeline, a promise that everything is as it seems and will turn out as it should:

“The reader cannot have failed to observe that the characters of George Montague Greenwood and Richard Markham stand out from our picture of London Life in strong contrast with each other; and it is not the less remarkable that while the former was rising rapidly to wealth, rank, and eminence, the latter was undergoing persecutions and sinking into comparative poverty. Now—at the epoch which we are describing—the tables seem to have turned; for while George Montague Greenwood is about to seek a desperate remedy for his desperate affairs, Richard Markham is leading a gallant army over the fertile plains of Castelcicala.

The former, then, may be deemed the personification of vice, the latter the representative of virtue.

They had chosen separate paths:—the sequel will fully demonstrate which of the two characters had selected the right one.” (II.425-62)

Of course, Richard is elevated to Prince of Castelcicala and marries the beautiful and intelligent Princess Isabella, whereas Greenwood is reduced to friendless poverty and ultimately murdered by his valet. All of Greenwood’s machinations to gain money, power, and prestige are thus condemned, while Richard’s endurance, diligence, and generosity are rewarded with an aristocratic title and blissful marriage.

I’ve often tried to imagine why Mayhew’s costermongers loved this story so much; indeed, why so very many people across Europe, India, and the United States enjoyed this story during the nineteenth century. I wonder now if they liked it, as I do in this present moment, because it offered a compelling fiction of knowability and justice during uncertain and unjust times.

In the face of great social and political unrest, I think narratives of good and evil with adequate comeuppance gain a certain degree of appeal, not because we think they’re true but because they satisfy our craving for security. In mid-May of 2020 that kind of popular story came to us in the United States with the Netflix docuseries Jeffrey Epstein: Filthy Rich.

From the first of four episodes, I was struck by the similarities, both stylistically and thematically, between Filthy Rich and The Mysteries of London. Reynolds the journalist would have appreciated the modern documentary’s style of collating narratives and, especially, the ways in which it highlights the voices of female survivors. Filthy Rich is largely comprised of first-person narratives from women who were sexually abused and trafficked by Epstein. Like many of the lower-class characters in Reynolds’s fiction, these women had been disparaged and silenced for many years before they were finally portrayed with credibility and sympathy in the documentary.

Most remarkable, however, is the alignment between the documentary’s portrayal of Epstein and Reynolds’s fictional Greenwood. As Joe Berlinger, one of the documentary’s executive producers, told the Guardian, Epstein represents “the biggest example I’ve ever seen of somebody using their money and influence to thwart reporting on the subject and to work out an outrageous deal” (Horton). The source of Epstein’s wealthy is unclear—just as it is with Greenwood’s—but likely attained, at least partially, through illicit means (Epstein lied about his college degree to secure his first job on the stock exchange; he was a key figure in Towers Financial Corporation, which proved to be one of the largest Ponzi schemes in American history; and made millions in fees unbeknownst to his billionaire client Leslie Wexner).

In 2003, Epstein was featured in Vanity Fair under the cloying title “The Talented Mr. Epstein.” The byline is worthy of a nineteenth-century sensation story: “Lately, Jeffrey Epstein’s high-flying style has been drawing oohs and aahs: the bachelor financier lives in New York’s largest private residence, claims to take only billionaires as clients, and flies celebrities including Bill Clinton and Kevin Spacey on his Boeing 727. But pierce his air of mystery and the picture changes. Vicky Ward explores Epstein’s investment career, his ties to retail magnate Leslie Wexner, and his complicated past” (Ward).

Epstein’s self-constructed narrative of attractive mystery, immense wealth, and powerful influence forcibly reminded me of an early portrait of Greenwood in the Mysteries:

“He was dressed en negligé.

A French velvet skull-cap, embroidered with gold, sate upon his curled and perfumed hair: a sumptuous brocade silk dressing-gown was confined around the waist by a gold cord with large tassels hanging almost to his feet: his shirt collar was turned down over a plain broad black riband, the bow of which was fastened with a diamond broach of immense value; and on his fingers were costly rings, sparkling with stones of corresponding kind and worth.

On the writing-table an elegant French watch attached to a long gold chain, lay amidst a pile of letters, just as if it had been carelessly tossed there. A cheque, partly filled up for a thousand guineas,—several bank-notes, and some loose gold, were lying on an open writing-desk; and, at one end of the table lay, in seeming confusion, a number of visiting cards bearing the names of eminent capitalists, wealthy merchants, peers, and members of Parliament.” (I.388-89)

Whereas Netflix spends four hours poking holes in the illusion Epstein created around himself, Reynolds effectively eviscerates Greenwood in a single paragraph:

“All this pell-mell assemblage of proofs of wealth and tokens of high acquaintance, was only apparent—and not real. It was a portion of Mr. Greenwood’s system—one of the principles of the art which he practised in deceiving the world. He knew none of the capitalists, and few of the aristocrats whose cards lay upon his table: and his own hand had arranged the manner in which the watch, the cheque-book, and the money were tossing about. Never did a coquet practise a particular glance, attitude, or mannerism, more seriously than did Mr. Greenwood these little artifices which, however trifling they may appear, produced an immense effect upon those with whom he had to deal, and who visited him in that study.” (I.389)

In both the Mysteries and Filthy Rich, the reader or viewer is fascinated as they penetrate into the villain’s system of deception and, ultimately, watch it collapse. Still, reality is not as neat as fiction and many reviewers agree with Atlantic writer Sophie Gilbert in expressing disappointment that Filthy Rich “comes no closer to unraveling Epstein than any previous reportorial attempts have managed. This matters […] because so many figures in his circle continue to evade attention.” (Gilbert).

Thus, Filthy Rich, like The Mysteries of London readily lends itself to sequels. The Miami Herald reporter who spearheaded the 2018 investigation of Epstein is writing a book that HBO is simultaneously adapting. Lifetime and Sony are also currently working on Epstein shows. Although we can never comprehend Epstein as completely as the fictional Greenwood, we can assuredly dub them both villains of the blackest dye and take pleasure in the pursuit and demise of their wicked schemes.

For the sake of these infectious times, I want to end with a quotation from The Mysteries of London that highlights its satisfying portrayal of good and evil:

“THE visitor to the Polytechnic Institution or the Adelaide Gallery, has doubtless seen the exhibition of the microscope. A drop of the purest water, magnified by that instrument some thousands of times, appears filled with horrible reptiles and monsters of revolting forms.

Fair and attractive as the mighty metropolis may appear to the superficial observer, it swarms with disgusting, loathsome, and venomous objects, wearing human shapes.” (I.156).

While we continue to cast our microscopic lens on all the idiotic, dangerous, and frightening aspects of our world today, we should also bear in mind Reynolds’s subsequent exclamation: “Oh! London is a city of strange contrasts!” ((I.156). For all the bad, there’s also good. And remembering that is helping me get through 2020. 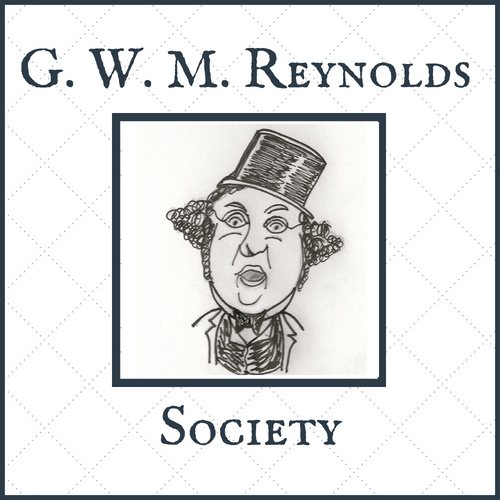